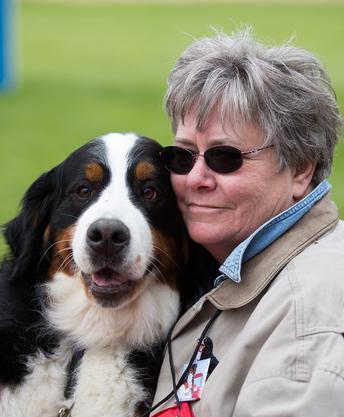 Charley and I at the 2015 national specialty. Man we had fun, and Charley earned her Novice Draft Dog title. 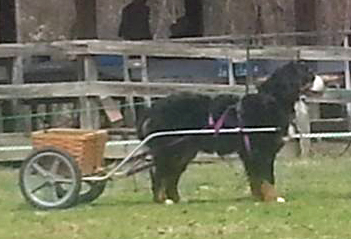 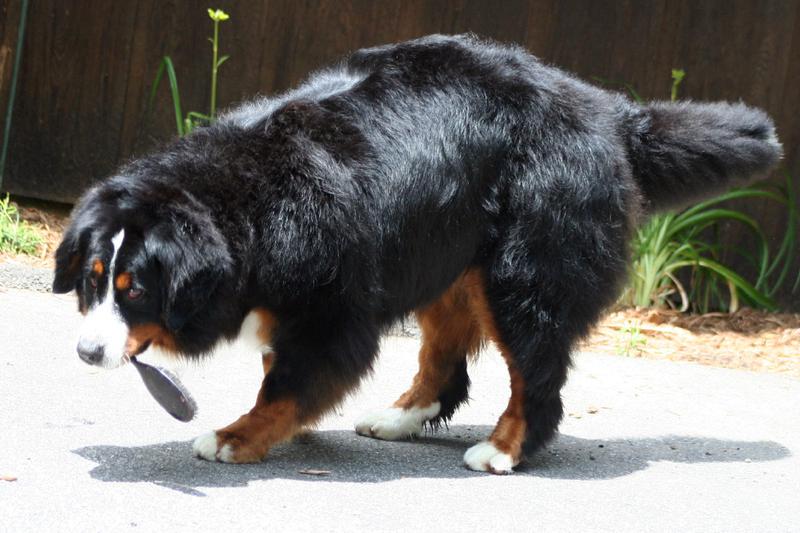 Chica, our perpetual puppy. She was never bred, never earned a title, but earned our hearts. Still going strong at 9 1/2, August 2017. 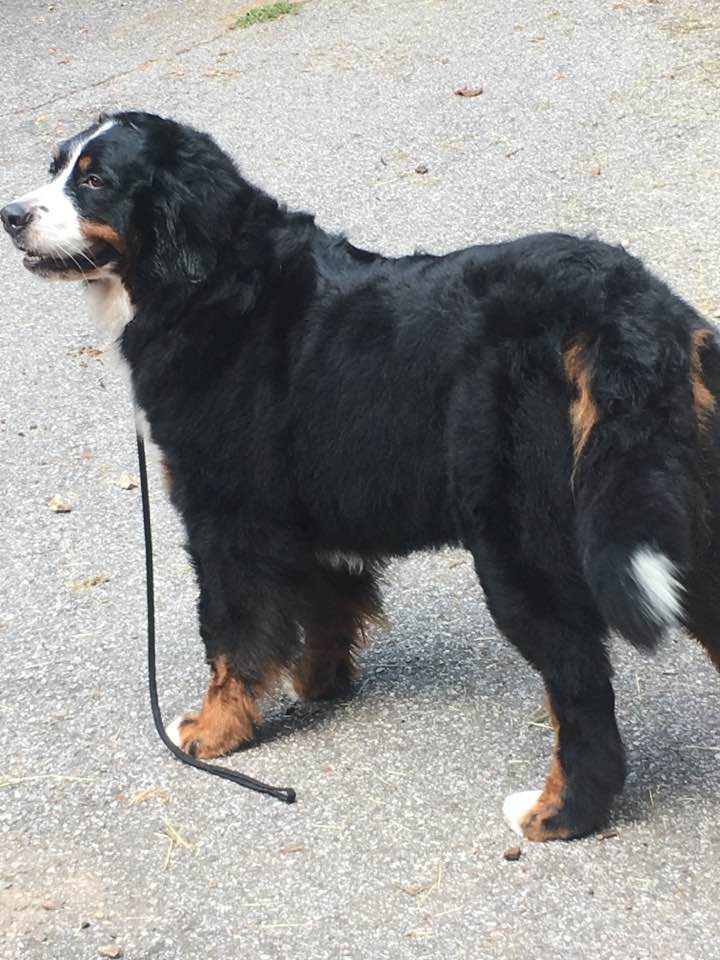 Razl, starting to look like a show dog. Now to find a way to get to the shows!.

Lydia with me at her second weekend of showing. Major win. 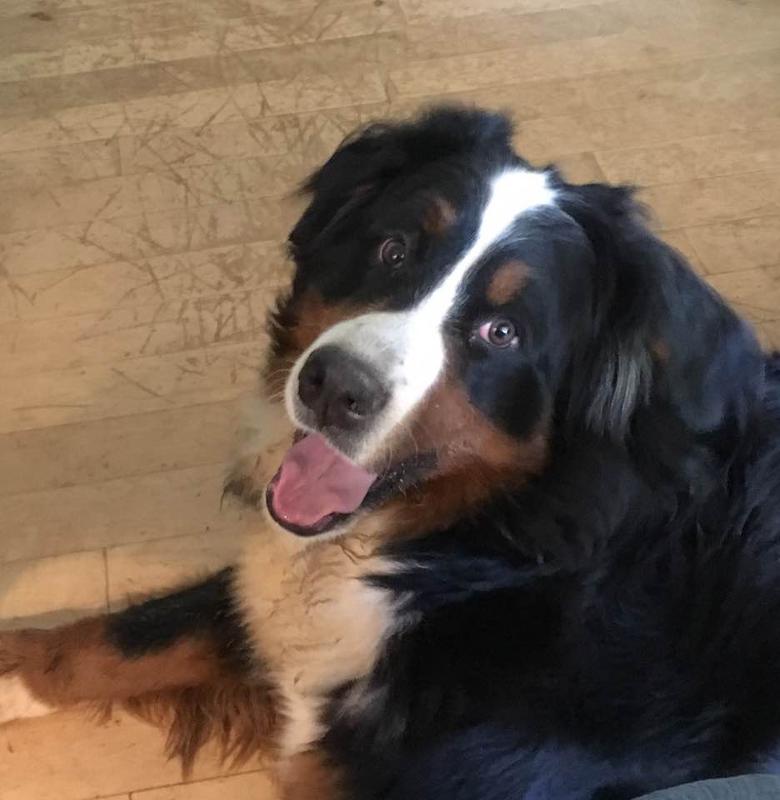 Peachie, our little deaf girl, a Charley daughter. She is the funniest, happiest girl on the planet.
1 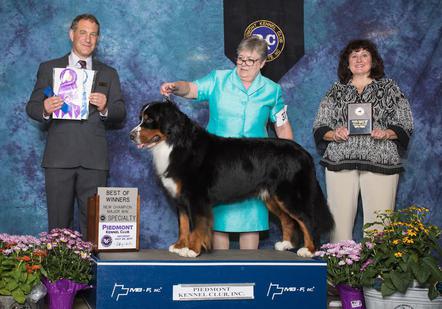 Favor finishing his championship in style at the inaugural Piedmont Bernese Mountain Dog club regional specialty, August 2017. He is owned by his mom Wendy Djang and co-owned by me, shown mostly by Wendy, but was given to me the weekend of this show for the majors. It was pretty amazing. He went BOB from the open class over several well known specials on Thursday, reserve to the major on Friday, and BOW on Saturday to finish.
Our very fun gang!